The State of California is trying to pass a no swearing week for residents. This "no cussing" week will officially begin next week, which passed the State Assembly on Thursday, February 25th, 2010, and must pass the Senate, according to KTLA News in Los Angeles.

One of the most embarrassing and utterly disappointing moments of all time in sports.  The World Record holder going for double gold is coming around a turn when his coach yelled at him to take the inside lane - BUZZZER - Wrong!  Sven was in the correct lane and was disqualified at the end of his run and will not receive his second gold in the Vancouver 2010 Olympic games.  The mistake was made on the 17th lap out of 25, four seconds ahead of the man in second, to no avail, congrats Lee, you stayed in the right line and were pretty fast.

Newsline from Vancouver says that Coach Gerard Kemkers of the Netherlands is no longer in the running for Coach of the Year.  Maybe next...well, there probably won't be a...

"Inside?  No, not you, the rink, its inside here...nice right?  Sven? Where are you going?

___ Point of TILT Clarification, the difference between luge, skeleton, and bobsled:

TILTcast 9 Lysacek Out The Pics

Evan was able to escape snake bites from his own suit and take gold in the most figure skating I hope to ever watch again in my life.  I was just checking to see if the Russian would try and Drago him afterwards.  I was impressed by Evan's on mic presence of mind and sportsmanship in response to the interviews.  Very classy.

SEO web design is crucial to getting traffic to your site. Being atop the search engine ladder is key to internet marketing success. Contact Globe Runner SEO today and watch your numbers fly.

TILTcast: This I learned today.

From Jeff Biggs and The Drive on AM 830, (weekdays 3 to 7 PM on AM 830) this i learned: Who would you pick to have lunch with of any sports legend?  I chose Marv Albert to have a sensational soup from downtown! 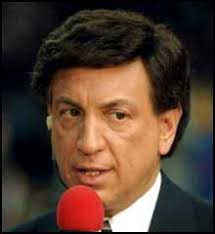 TiltCast: Listen to this episode

This I Learned Today: Is Kevin Smith Fat? Or Drunk? And Why do people care?

(Update: I listened to the SMODcast about the events, and have to consider that Kevin Smith is a very funny guy.  I also believe him when he said he doesn't drink.) 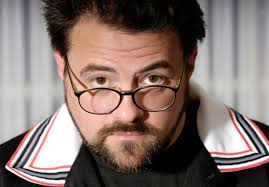 Kevin Smith is a directing genius, and Clerks is my favorite movie ever. I love his work. I can not get on the Southwest Airlines sucks bandwagon however, in purely accepting his story as fact. Recently Smith claimed he was removed from a flight for being too fat and forced to take the next flight by the pilot. I find this surprising as he went one way because this I learned today:

Kevin posted Tweets to Twitter throughout the alleged ordeal.  Now there is the other side, a "pilot" email read by Lep Laporte of This Week in Tech, alleging an inside source claimed Smith was belligerant, possibly drunk.  I thought about this except for this I learned today:

While I don't traditionally comment on celebrity news, this one is quite confusing, and centers around someone I consider to be a pretty cool guy and great film maker.

I still think there is more to it than being fat and trying to fly after making a Mac conference presentation, and he's getting a heck of a lot of play in the media now.  More of the point of what I learned today: Social media is beginning to change the game completely in terms of social influence.

Especially under the light that fans are prone to believing blindly, what do you think happened? Click below to comment.  Don't forget to subscribe to the podcast.

TILTcast: This I learned today:

Be careful when you are in front of that camera.  Baltimore Oriole's relied pitcher Brad Bergesen injures himself during a commercial shoot for the 2010 season.  This after being out hit in the shin by a line drive last year!

Extenze and Enzyte are not the same product. Often times similar products are just passed off as the same thing under different names. This is not the case in this situation. There are some similarities. Both products are available over the counter without a prescription. Both are not recommended for minors and should not be abused. Both are safe for adult use who are healthy. There are differences, however. For example, those who are worried about potential side effects of male enhancement may be better suited to choose Extenze.

Just as friend of the show John Lam noted a while back, Extenze works for him. He had tried many things to cure his lack of performance and was left wanting. John found much improvement from Extenze and continued to use it on a semi-regular basis. John knew nothing was guaranteed but was impressed by his own personal results with Extenze. The one thing that should be noted is that neither product should be used to cure any disease. That said, if you are looking for a supplement to improve your function, consider the embedded link above and do your own research on Extenze today. You can decide for yourself what is right for you. 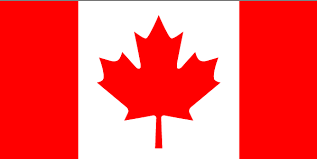 I watched the entirety of the Vancouver Winter Olympics 2010 opening ceremonies last night.  Great to see the parade of nations and a lot of international good will.  Overall was pretty impressed with the massive productions.  A few things I learned from the ceremonies that I did not expect though.

Joking aside, Canada did a great job with a massive ceremony with only one crucial mistake.  Great to see Nash and Gretzky out there, a lot of fun to kick off what will hopefully be a great games.

If you are going on vacation soon I am sure that saving money has become a key priority in your planning.  consider a vacation rental this year instead of wasting money on a hotel that looks like every other place you have ever stayed. If you have not tried luxury vacation rentals , I think you have missed out on staying somewhere else in true style and relaxation. Having vacation rentals is like living at home on the road in comfort and ease. All of the amenities without the costly mini fridge and unclean comforters of a hotel. Staying in vacation homes is a better value and much more spacious. For more reasons why rentals beat hotels, watch this vacation rentals video today and enjoy your vacation in style!

Subscribe to this podcast! A novel idea for Valentine's Day, this I learned today, why spend eight dollars on twelve cents of chocolate, or $5 on a five cent card print, when you can tell your girl or guy how you feel about them this year.  Better yet, make something special for them by hand.  Avoid the commercialism without giving up the niceties of your relationship.  Be creative, its more romantic anyways.  Best of luck in all ways of health and love to you all this Valentine's Day, 2010, from Danny Hauger Podcasts and the Tiltcast.

When I was a kid, one of the fondest memories I have was panning for gold near San Francisco.  That sparkle of metal in a tiny vial is something that has stuck with me to this day, though the vial had long been lost.  Boy I wash I had that now!  This is a terrific time to have assets in physical gold or gold investment.  With a dollar that fluctuates daily and an unsteady international economy, this is a fantastic time to buy gold. Gold is near all-time highs in value and is a proven investment. Gold is valued worldwide and holds its value extremely well. Check out gold today and consider purchasing some of what the world has always believed has held value.

Tiltcast Episode 3, This I Learned Today:

Best wishes and health to everyone!

New affiliate, www.campusrd.com, visit the Finance page for more help with your credit score or if you need a loan, they will set you up with personal fiancial assitance

Listen to Tilt (This I learned today) episode 2

17208 Pacific Coast Highway Huntington Beach, CA 92649 $5 at the door, 21 and older ______________________________________________________ Personal computer users like myself know the dangers of malware and virus threats from the internet. I recently had quite a bout with a computer attack and wasn't sure if my data would be safe. After a full day of battling with every tool I had, I finally turned to a trojan horse remover called CyberDefender. I had read good things about reputation and success rate of its program, and I was not disappointed. After a quick scan and removal, my computer was running like new again. I was so relieved that I have to suggest anyone with computer trouble turn to CyberDefender defender today to help restore your computer to working condition.

TILT Podcast This I Learned Today

Listen to TILT episode one

This I Learned Today, TILT Episode 1, A new Podcast by Danny Hauger.

Play this podcast on Podbean App